Allah Most High does not like anything more than prayer.

It is for this reason that we do not find such great emphasis for any other form of worship in the pure Shariah. It is for this reason that Allah Most High has specified this worship five times daily as a form of gratitude for His endless bounties. These bounties which commence from birth right until death – in fact they continue after death and commence even before birth.

Since Friday has been accorded the most amount of merits as opposed to other days, so much so that the father of all mankind Hadrat Adam (peace be upon him) was created on this day, a special prayer was therefore ordered for this day. We have already mentioned the benefits and wisdom of congregation.

It has also been made clear that the bigger the congregation the more those benefits will become apparent. This will only be possible if the people of all the different areas and the residents of that place get together and offer their prayer collectively. This would have been extremely difficult if it were to be done five times daily. Because of all this, the Shariah has specified such a day in the week in which the people of all the different residential areas and villages can get together and fulfill this worship.

Since Friday is the most virtuous and noble of days, this worship has been specified for this day. Allah Most High had also specified this day as a day of worship for the previous nations. But because of their bad-luck, they disputed and differed with regards to it. The result of this dispute was that they were deprived of this great bounty and this ummah has been favoured with this bounty. The Jews set aside Saturday on the basis that Allah Most High had completed creating the entire creation on this day. The Christians set aside Sunday thinking that this is the day when Allah Most High commenced with the creation. Because of this, both these groups make numerous arrangements on both these days – leaving all work on these days and spending it in worship. It is because of this that all the offices are closed on Sundays in Christian countries.

The Virtues of Friday

That time is from the commencement of the khutbah till the end of the prayer,
That time is towards the end of the day.
A big group of ulama have given preference to this second opinion and there are many Hadiths which support this opinion. Shaykh Dehlawi (Allah have mercy on him) says that this narration is correct that Hadrat Fatimah (Allah be pleased with her) used to order her maid on Fridays to inform her when the day is about to end so that she could occupy herself in making zikr and duas. (Ash’atul Lama’aat)

The Adab of Friday

Every Muslim should make preparations for Friday from Thursday. After the asr prayer of Thursday, he should make a lot of istighfaar. He should clean his clothes and keep them ready. If he does not have any perfume in his house, then if it is possible he should try and obtain some and keep it ready so that he will not get distracted with these things on Friday. The pious people of the past have stated that the person to receive the most benefit on Friday will be that person who waits for it and who makes preparations for it from Thursday. The most unfortunate person will be he who does not even know as to when Friday will fall, so much so that he will ask the people in the morning as to which day this is. Some pious people used to go and stay in the congregational mosque from the night of Friday in order to make full preparations for the following day. (Ihya’ `Ulum al-Din, vol. 1, page 161)
On the day of Friday, ghusl should be made and the hair of the head and the rest of the body should be thoroughly washed. It is also very virtuous to use the miswaak on this day.
After making ghusl, a person should wear the best clothing that he possesses, and if possible he should also apply some perfume. He should also clip his nails.
He should try and go very early to the congregational mosque. The earlier a person goes, the more reward he will receive. The Messenger of Allah (Allah bless him and give him peace) said: “On the day of Friday, the angels stand at the entrance of that mosque in which Friday prayer is to be offered. They write down the name of the person who enters the mosque first, and thereafter the name of the person who follows, and they continue doing this. The person who entered first will receive the reward of sacrificing a camel in the path of Allah, the one who followed him will get the reward of sacrificing a cow, thereafter a chicken, thereafter the reward of giving an egg as charity in the path of Allah. Once the khutbah commences, the angels close the register and begin listening to the khutbah.” (Bukhari and Muslim)In olden times, the roads and alleys used to be extremely busy in the mornings and at fajr time. All the people used to go so early to the congregational mosque and there used to be such a large crowd that it used to look like the days of eid. Later, when this habit was given up, people began saying that this is the first innovation in Islam. After writing this, Imam Ghazali (Allah have mercy on him) says: “Aren’t the Muslims ashamed of themselves that the Jews and Christians go so early in the morning to their synagogues and churches on Saturdays and Sundays. Those who are businessmen go so early to the bazaars in order to do their buying and selling. Why don’t the Muslims do the same?” the reality of the situation is that the Muslims have totally reduced the value of this blessed day. They do not even know what day this is, and what a high status it has. How sad it is that the day which was more valuable than eid in the eyes of Muslims of the past, which the Messenger of Allah (Allah bless him and give him peace) was proud of and the day which was not granted to the previous nations has become so dishonoured at the hands of Muslims today and it is such a great ingratitude to the favour of Allah Most High that the consequence of all this can be seen with our very eyes.”
By going walking for the Friday prayer, one gets the reward of fasting for one year for every step that he takes. (Tirmidhi)
On Fridays, the Messenger of Allah (Allah bless him and give him peace) used to recite Surah Alif Laam Meem Prostration and Surah Hal Ataa, in the fajr prayer. These Surahs should therefore be occasionally recited in the fajr prayer on Fridays. Occasionally, they should be left out so that people do not regard their recitation as necessary.
For the Friday prayer, the Messenger of Allah (Allah bless him and give him peace) used to recite the following Surahs: al-Friday and al-Munaafiqun, or al-A’la and al-Ghaashiyah.
There is a lot of reward in reciting Surah Kahf either before the Friday prayer or after it. The Messenger of Allah (Allah bless him and give him peace) said: “the person who recites Surah Kahf on Fridays, a nur will appear for him from below the arsh as high as the skies. This light will help him in the darkness of the day of resurrection. And all the sins which he may have committed from the last Friday till this Friday will be forgiven.” (Sharh Sifrus-Sa’aadah) the ulama have written that this Hadith refers to minor sins because major sins are not forgiven without making taubah.
There is more reward in reciting blessings on Fridays than on other days. It has been mentioned in the Hadith that blessings should be recited abundantly on Fridays.

The Virtues and Importance of Friday Prayer

Friday prayer is personally obligatory. It has been established from the Quran, Hadith and the consensus of the ummah. It is one of the most salient features of Islam. The person who rejects Friday prayer is a kaafir. The one who misses it without any valid excuse is a faasiq.

Even by merely glancing at these Hadiths, one can come to the conclusion that the Shariah has laid great stress on Friday prayer and that severe warnings have been given to the one who leaves out Friday. Can a person who claims to be a Muslim still have the audacity of leaving out this fard duty? 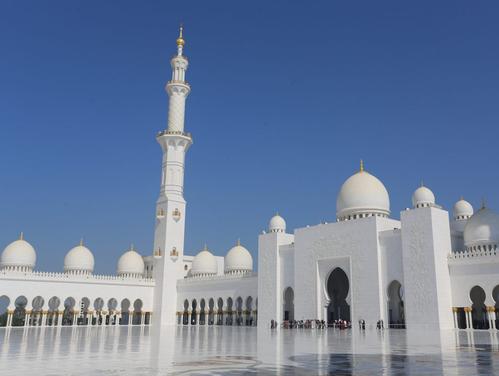